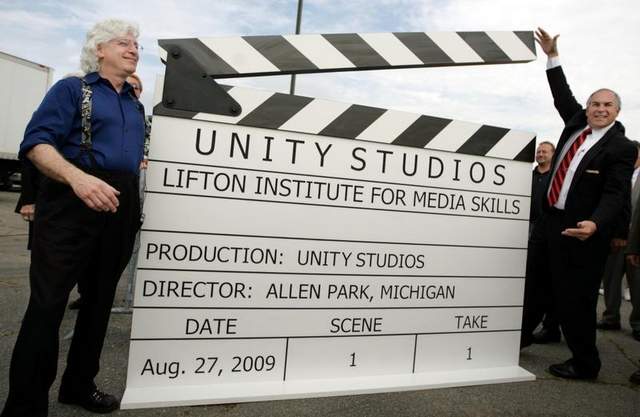 The controversial and defunct studio that has weighed on the City of Allen Park for years has a new owner. The city sold the 104-acre Southfield Lease Properties to Time Equities, the city’s emergency manager Joyce Parker announced.

The property, adjacent to City Hall and formerly known as Unity Studios, was sold for $12 million, she said Tuesday.Parker framed the deal as the latest step toward restoring Allen Park’s fiscal stability. The property, which was formally put up for sale in October 2012, has been a financial drain on the city and helped push the city into receivership.

“Not only does this sale end an unfortunate moment in Allen Park’s rich history, the city also sheds debt payments, meaning a
savings to taxpayers,” she said.

Time Equities plans to develop the site as a mix of offices, retail, commercial and light industrial. The deal calls for payments to be made over 7 1/2 years, Parker added. Time Equities will provide up to 1,500 square feet in its building for employment training and job opportunities to Allen Park residents through a partnership with Wayne County and Mich
igan Works.

City Hall, which officials said needs roof and other repairs, will move temporarily to a section of the property on Dec. 1, as the city seeks a permanent home, Parker said. In addition, Parker said, the city will no longer have to pay taxes, insurance, maintenance and utilities on the property, which cost about $1.2 million in the last fiscal year.

When the city bought the property, it was to be used as a movie studio and media production facility. However, Unity Studios left
the city after one year. The city received three offers in January, including the one from Time Equities.

In August 2009, during a kickoff party at the site of the vacant commercial building that became Unity Studios, Hollywood production executive Jimmy Lifton said his project would become a permanent part of the metro Detroit economy. “We will be here 25 and 50 and 100 years from now,” he said at the opening.